No comments to show.

The Heart of Arabia expedition will embark on a two-stage 1,300km journey across Saudi Arabia, loosely following the route of Harry St John Philby’s 1917 mission to Ibn Saud, a journey that was to see him cross from Al Uqair in the east, to Jeddah in the west. Philby paused for several weeks in Riyadh whilst he engaged in lengthy discussions. After these initial meetings, Philby completed his crossing by travelling west to Jeddah, under the protection of Ibn Saud. The expedition takes its name from the title of the book that Philby wrote after his journey.

Our own journey will start in Al Uqair on November 15th, the same place and date as back in 1917 when Philby and his party came ashore after a boat trip south from Basra. Using his meticulous field notes, we will travel inland on foot, by camel and by 4×4. There was much more to Philby’s life in Arabia than his award winning 1917 journey, and our expedition vehicles will allow us to travel greater distances off the original route to visit places of interest that Philby visited or mapped in the 40 or so years of his life that followed 1917, such as the remote meteorite crater Al Hadida in the northern Rub Al Khali, and parts of the famous Darb Zubaydah pilgrim route.

On reaching Riyadh, our expedition will, like Philby’s, pause before continuing west, descending from the 2,000ft escarpment onto the plains below, crossing lava fields and ancient pilgrim trails before arriving on the Red Sea coast at Jeddah in early 2023.

Heart of Arabia is privileged to have HRH Anne, the Princess Royal as patron, lending her support to the project.

The team at Heart of Arabia is very grateful for the generous support of our key partners; 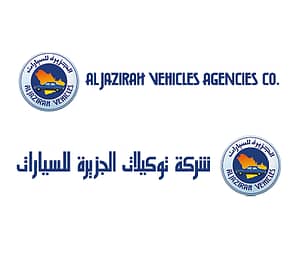 Mark Evans MBE is the executive director of Outward Bound Oman, the first Outward Bound school established in the Arabic speaking world. He has lived in Arabia for nearly 25 years.

40 years of expeditions include a 24-day parachute assisted crossing of the Greenland Ice Cap and a solo 55-day kayak journey along the coastline of Oman from Musandam to Yemen. In 2016 Mark, with two Omani companions became the first European in 85 years to retrace the first crossing of the largest sand desert on earth, the Empty Quarter, a journey of 49 days on foot and by camel. In 2019 Mark was awarded The Geographical Award by The Royal Geographical Society in London, and The Rawabi Award by The Saudi British Society in the UK for his work promoting a greater understanding of Saudi Arabia.

Ana-Maria Pavalache is based in Switzerland, where she finds balance working as a photographer, social educator and mountain leader and being involved with isolated communities and conservation projects.

Whether it’s trekking in Ladakh, ski touring in the Swiss Alps, backcountry camping and skiing in Lapland, rock and alpine climbing, as well as sailing the Pacific Northwest, exploring glaciers in the Karakoram range, “roaring” for wildlife in Tajikistan and walking the endless dunes of Oman, Ana makes it her mission to get immersed into nature to foster a true and vital understanding of our place in the world, and to explore the complexities of human experience through visual storytelling. Ana is driven by an insatiable curiosity to explore and tell the stories beneath the surface.

Alan Morrissey initially visited Saudi Arabia for a three-month project, and quickly fell in love with the vast and varied desert landscapes that Saudi Arabia offers the curious outdoor lover.

Alan made his home in the Riyadh capital where he has now lived for nearly 24 years; he is an experienced desert traveller, planning and leading trips throughout the country, extensively exploring all 13 provincial regions whilst always keeping an eye out for its diverse flora and fauna enroute.

Alan has crossed the sands of the Empty Quarter as well as conducting multiple expeditions to some of its furthest, most remote corners.  An appreciation of Saudi Arabia’s deep historical background has meant that he has visited a large number of its antiquity locations, as well as hundreds of its vast array of petroglyph and stone-structure sites, often in the company of professional archaeologists.  Alan’s ventures further afield more recently include hiking the Everest Base Camp trail.

Reem F. Philby is based in Saudi Arabia where she was born and raised, the land she will always call home and where she finds peace in the deserts and mountains.

Her passion for immersing in nature and exploring the outdoors in the simplest form runs in her blood. Whether she’s camping in the dunes of Gudaid, hiking up the mountains of Al-Ula or exploring the caves of Al-Baha, her main drive is her own self exploration and reminder to remain humble as she believes nature is the greatest teacher for that. Believing in the impact of learning from different cultures, isolation and experiencing discomfort in different environments led Reem to explore Mt. Kilimanjaro in Africa, Elbrus in Russia, the Huayhuash route in the Andes of Peru along with the many walks and hikes she takes part of wherever her travels take her.

error: Images on this site are copyright protected.